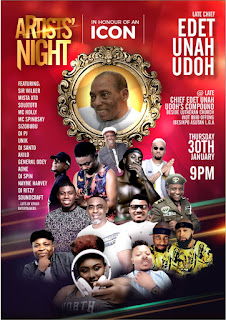 Foremost and most celebrated female Disc Jockey in the South of Nigeria, DJ Ritzy is set to lay her Grand Father to rest in Akwa Ibom state.

DJ RITZY (Precious Andrews ) had made the announcement during the Akwa Ibom Entertainers Roundtable held early in the year inviting entertainers in the state to throw their weight behind her.