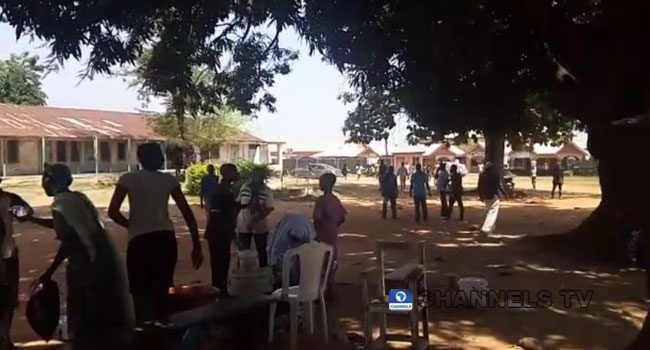 Elections have been disrupted in ward 2, Lokoja, as gunshots were fired into the air by suspected thugs who made away with ballot boxes.

Channels TV gathered that voters in the Ajayi Crowther Memorial School are scampering for safety.
Commencement of voting in the polling unit which is the biggest in Lokoja, the Kogi state capital had a delay due to late arrival of security officials.
Meanwhile, in Aiyetoro 2, polling unit 003 in Kogi West Senatorial district, thugs disrupted voting exercise and destroyed ballot boxes.
The polling unit which is next to the office of the Nigeria Security and Civil Defence Corps (NSCDC) had littered all over, ballot papers and destroyed boxes.
There was no presence of security officers, voters or electoral officials as at the time Channels TV crew arrived the unit.