GX GOSSIP: Wizkid Explains The Meaning Of Joro (You Won’t Believe What It Means) 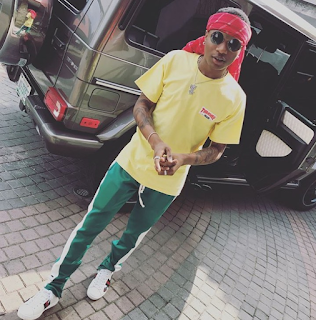 Nigerian international act, Wizkid in a latest interview with Okay Africa on Thursday disclosed a lot that has been happening with him especially this year.
The Star Boy record label owner spoke extensively on his latest song ‘Joro’, which was released a few days ago.
Wizkid disclosed that Joro was inspired by love.
He said:-

It was inspired by love. It’s talking about not wanting to lose love. “Joro” means enjoyment, so on the chorus it means at the end of the day, “if I can be with you, we can enjoy ourselves.

He also spoke on what happened during the production of the song.

[It was] produced by Northboi and mixed by STG. Big up to my guys. There was a part recorded when I had my son Zion with me. I actually had to wait for him to sleep. I wanted to drop it to mark Nigerian Independence. It’s for my people. I always want to recognize my people, my country.’

Although, some critics are of the opinion that the song ‘Joro’ lacked content, however, Wizkid on his part seems not be bothered about that as he is preparing for the StarBoyFest to hold this month.
He is also working on the released of his next album, Made In Lagos, which is expected to be out next year and taking a look at the title of the album will be focus on Nigeria content unlike his album Sound From The Other Side SFTOS released in 2017 which focused on the international scene.

By DjJozi Gbeduxclusive
Tags GX GOSSIP: Wizkid Explains The Meaning Of Joro (You Won’t Believe What It Means)