Menu
Home » »Unlabelled » GX GOSSIP: Blood Oath I Took At 18 Has Chased Away All My Suitors’ – Nollywood Actress

GX GOSSIP: Blood Oath I Took At 18 Has Chased Away All My Suitors’ – Nollywood Actress 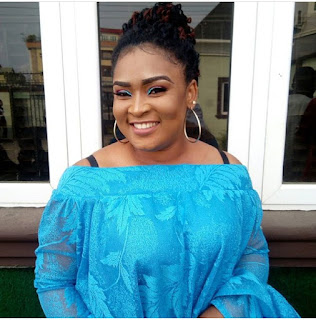 Desperate to get married and start up a family early, Sylvia Ukaatu got entangled with blood oath with her lover but unfortunately that one ignorant move backfired and she’s full of regrets.
In a chat with pearlsnews, the actress recalled how the journey of her heartbreaks started at 18.
“It all started when I was 18 year old. I fell in love, deeply in love. I was so carried away at that tender age. I was lured into a blood oath with my then lover. I never knew the repercussions behind such move. I was only young, naïve and in love.
We played along. I was happy. I was planning to settle down.
Until, love became sour. I tried to walk away, I begged to be freed but the guy refused, so I kept to myself and stared living life to the fullest. Even when he traveled out of the country, I encountered so many failed relationships without knowing what was behind it. Suitors were coming but on the day of the introduction, they would cancel. I waited for many years for him to come back. But it never happened.
I desperately needed to start a family, but that wasn’t forthcoming. I tried so many relationships, but they all failed,” she said amidst uncontrollable tears.
She continued: “The guy later came back last year and we spoke at length. I told him we should break the oath if he is no longer interested in getting married to me but he ignored me.
Then, few months ago, my brother called me to search for his (My fiancé) name on Facebook that the said guy just got married. I quickly rushed to Facebook and checked.
I was shocked, but I laughed over it. But I can still feel the pains. Right deep inside my heart. I want to warn our young ones out there. Love is not enough for blood oath. He deceived and used me.
By DjJozi Gbeduxclusive