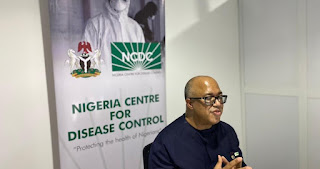 The Nigeria Centre for Disease Control (NCDC) has announced that three states have recently reported a total of 76 deaths suspected to be from yellow fever.

The affected states are Bauchi, Delta and Enugu states and it was learnt that the deaths occured between November 1 and 11.

Three samples from Delta, one sample from Enugu and eight samples from Bauchi were confirmed as yellow fever from the Polymerase Chain Reaction (PCR) test conducted at the NCDC National Reference Laboratory, Gaduwa, FCT.

NCDC DG, Chikwe Ihekweazu who revealed that the National Yellow Fever Emergency Operations Centre (EOC) was activated to coordinate all response activities across the affected states on November 7, added that most of the cases were males,with ages ranging from 1-55 years and they presented symptoms that included fever, headache, fatigue, jaundice, abdominal pain, vomiting with or without blood, epistaxis, blood in stools/urine

There has been no response to "NEWS: Three states reported 76 deaths from yellow fever in 11 days – NCDC"