Foremost gospel singer, Evangelist Esther Edoho shared the experience of her 18 years musical career in an exclusive interview over the weekend, ahead of her new single set for release on Friday, October 23, 2020 to mark her birthday. The mother of two also lent her voice to the 'End Sars' protests across the country, according to her, God wants to transform the nation through the energy of the youths and christians should team up to make the difference. 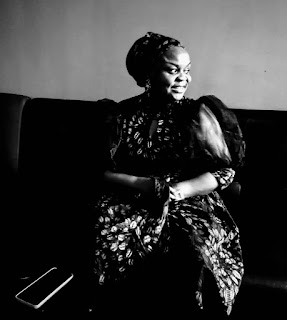 In her words 'there is nothing wrong with citizens making demands from their leaders, that's why Christians should take up leadership positions', she opined. 'Many of us are born leaders, and we would not be taken for granted because they say 'politics is dirty'. 'We have to get involved, Christians can occupy elected or appointed political offices too', she added.

For those who don't know the name Esther Edoho, her 18 years in the music industry since 2002 has made some of her songs sing-along choruses. The most popular of them being 'Have Mercy' and 'Call Him Jesus' both hits drawn from amongst the 4 albums to her credit.

Esther prefers to refer to her music career as ministry and not industry. When asked what she has been up to after her last single release in 2015, she answered in one word; Ministry.

Mrs Edoho revealed she was ordained a Pastor in 2018, which has taken a better part of her time, asides catering for her family.

She said gospel music in Nigeria is going global, as God is using gospel artistes to spread the word. The likes of Sinach, Nathaniel Bassey and rest of them, she charged others to use the platform to touch lives positively. 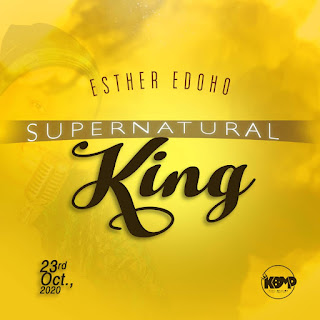 The soon to be released single, SUPERNATURAL KING by Esther Edoho is produced By King Baseda and will drop on Friday, October 23, 2020.

There has been no response to "GX GOSSIP: FOREMOST GOSPEL MUSICIAN, ESTHER EDOHO SET FOR 'SUPERNATURAL' COME BACK "