GX GOSSIP: Few hours after the controversy between Upper X & Djs, chairman CRAF cleared the air that the post was nothing serious but a comic one 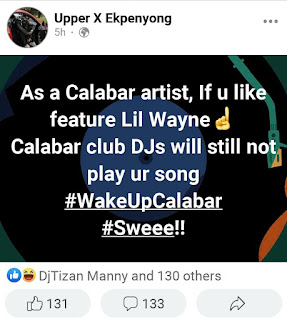 Not quite long Calabar Most Celebrated Indigenous rapper Upper X took to his facebook page to make a comic post about Djs in cross river state. 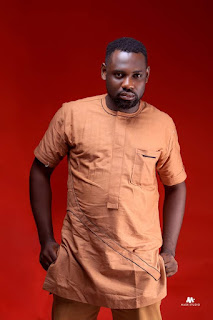 The Chairman of Cross River State Artiste Forum clears the air that the said post which articulated to many comments and led to the ban of DJs playing his songs.

My attention has been drawn to a certain post by Upper x about our DJ's in Cross river State which is totally unfortunate and definitely not the position of the association. We sincerely regret the careless statement which could have easily been avoided especially as we know the that upper x is one of the top beneficiaries from dj promotion in this state.

Those that know upper x as a person can tell that he can be very comical most times and the said post was just a joke taken too far.

I sincerely apologise to every DJ personally and their association in general. 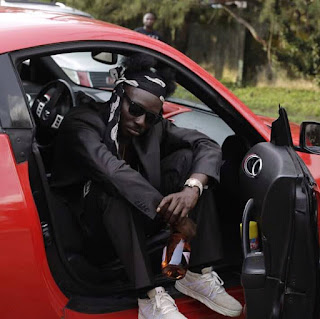 Upper x is a dedicated CRAF member and we take full responsibility for his unnecessary post  and appeal that it should not affect how the DJ's relate with, promote him in person and our association in general.

It is the position of our association that every sub sector of the entertainment sector work together to build entertainment in our dear state to an enviable height that will be admired by the world at large.

We plead that his songs should not be banned  and also use this medium to warn our members who are keypad warriors and always in a hurry to attack members of other entertainment sector or their association on social.

Let it be known that such attitude will no longer  be tolerated and airing members will be severally sanctioned even if it means to collaborate with other sister associations and media houses etc to ensure that the sanctions are heavy enough.

We will never negotiate the peace and unity enjoyed by all entertainment sectors in the state for any reason.

By GbeduXclusive Admin
Tags & Djs, chairman CRAF cleared the air that the post was nothing serious but a comic one, Few hours after the controversy between Upper X, GX Gossip