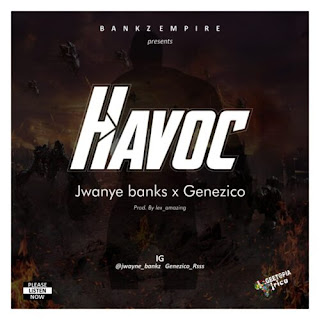 Bankz Empire Boss (Jwayne Bankz) is here again as he is set to debut his second hit released for this year in which he teams up with Genezico.

He titles this song “Havoc”, little is known about this track but we all know that its sure gonna be a hit released from the boss himself.

With Genezico on this we expect nothing but the best from this musical duos. This song drops on 30th October, so save the date, it’s gonna be lit.