NEWS: Woman accuses a pastor who was her boyfriend of rape 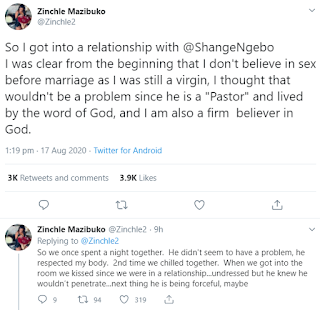 Zinchle, a South African woman, named the pastor and the church. She said when they began dating, she made it clear that she didn't want to have sex before marriage. She was still a virgin at the time and her boyfriend agreed.

However, one night, when she stayed over at his house, he allegedly raped her.

She gave details of how the rape happened. She added that she reported the incident to the church but nothing was done. She also opened a case but the prosecutor asked why she wants to arrest her pastor.

She concluded that "communities, law, churches" fail women when it comes to gender based violence. 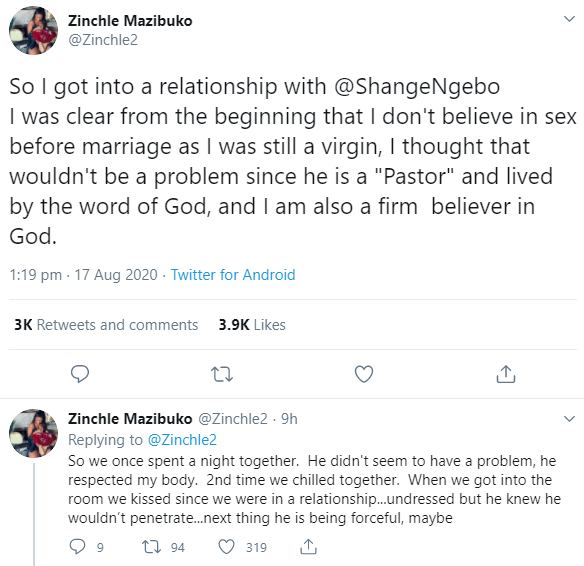 By GbeduXclusive Admin
Tags News, Woman accuses a pastor who was her boyfriend of rape