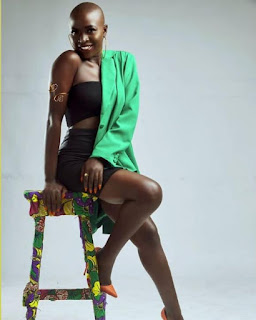 It was indeed a pleasure for many to receive popular internet comedy sensation, Silky Gifty (Eno-Obong Effiong) into the Akwa Ibom entertainment family in Uyo on Tuesday, August 11, 2020.

Silky Gifty is a Lagos based Actor, Scriptwriter, Comedienne, Producer from Ikono Local Government Area of Akwa Ibom State who is making so much waves on social media through her funny skits. She is currently in the state to expedite plans for the shoot of her feature film, 'EDIDIONG'. 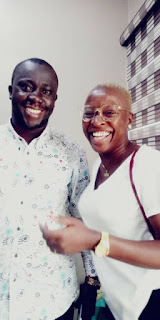 Miss Effiong was received to a warm reception during the Breakfast Meeting hosted by the Special Assistant to Governor Udom Emmanuel on Entertainment Industry, Mr David Sergeant (Utang Akwa Ibom) where she expressed immense joy for the show of love and appreciation.

Utang Akwa Ibom played host to members of the Akwa Ibom State Entertainment Working Committee and friends in the media as he is set to commence entertainment events, following the re-opening of leisure activities in the state by his boss. 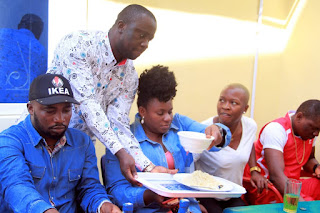 The Breakfast Meeting with key players in the entertainment industry was conceived by the governor's aide to foster a good working relationship between entertainers and the media, as the industry gradually recovers from COVID 19.

At the occasion, Gifty commended the unity of purpose amongst entertainers in the state and gave her assurances to be a part of the revolution, which is producing more talents from the state to the mainstream of the Nigerian entertainment industry. 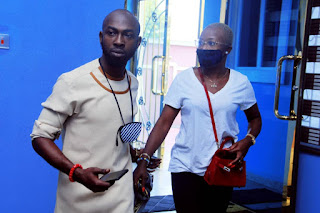