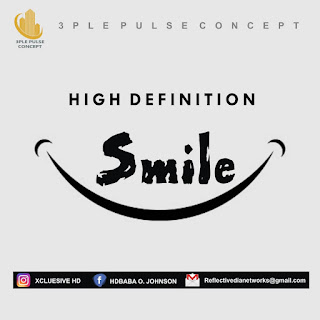 3Ple Pulse Concept Presents High Definition In A Brand New Motivational Christian Song Titled "Smile".
High definition is a music producer who has produced a lot of songs in the music industry, he was formally known as Xclusivehd which later became a brand called BeatBoss.
The song smile was written 3 years ago based on some pressing issues which later became a testimony, in every situation give thanks to your creator.