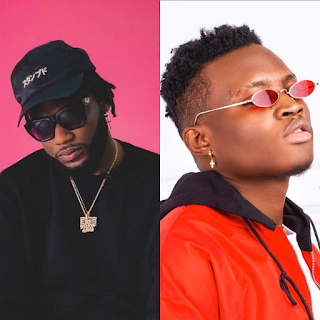 It so bad that even in this pandemic period Celebrities who are supposed to support their fans, are the one trying to steal their hard earned money. Here is a Painful Story shared by an Hardworking fast Raising Disk Jockey in the industry "DJ CLASSIC" trying all his very best to be a top DJ.

Few Weeks Ago, during the Lockdown. DJ Classic had done series of hype for his expected new single featuring DMW rapper DREMO title ALASHEJU produced by Nackademus, but to his disappointment and betrayal the DMW rapper added the song ALASHEJU to his newly released EP "CODENAME VOL2" which was the 6th Track on it.

Below is what DJ Classic have to say and also added more evidences of collaboration with the DMW Rapper;

During the past few weeks, i have thought a lot about how to express my feelings but here goes nothing.
My name is Felix Temitope, a graduate of Unilorin who studied computer science.
I'm a DJ, and my stage name is DJ Classic.
@Dremo of DMW stole my song and has refused to refund my money.

I was a fan of Dremo's artistry, so when the opportunity came to work with him through Yemi aka Adral in the month of March, I jumped at it and I paid Dremo's producer who made the beat.
Dremo was reached out to and I was charged 500K to have a feature with him which I agreed to, there was no written agreement or anything so everything was all done with the word of mouth because my word is my bond and I didn't expect this kind of betrayal from him.

Back to my story, #300K in two installments payment was made directly to Dremo's account to kick start this project which I was excited about, that after the lockdown, visuals will be done and the rest of the payment will be made, only to find out that my song was included in his recent EP.

I felt devastated, disrespected, and cheated about it because this is someone with whom I respected a lot in the music industry stealing my project and not giving props to me or anything on his EP. Oh yeah, I've got receipts to justify this little write up of mine. Below is Dremo, confirming that I featured him on my song on his IG page.

So no, this isn't me trying to chase clout or anything, all I just need is to get my money back cuz we've been reaching out for a refund since April ever since i and my team discovered that my song in which I featured him on was included in his EP that was released back in April.
In case you are wondering which song is that on his Ep, its track 6, Song Title: "ALASHEJU".

I'm just a young man who is just starting out on the music scene trying to make a name for himself out here, but then, I won't let the action of just one artist, deter me from achieving my dreams, so we move.
Im not asking for no royalty for the song, rather I am asking him to pay me for my project that was stolen from me, all I'm asking is a refund for the money paid to him. So Twitter NG, all I'm asking is what's fair, kindly help tell Dremo to refund my #300K, since lockdown is over and he has stopped responding to my messages in the DM that's why I'm bringing this to the timeline.