NEWS: Prospective corps members abducted in Katsina have been rescued 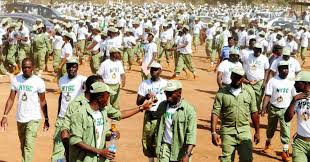 The victims, three males and female, were traveling with their schoolmates from Rufus Giwa Polytechnic, to Zamfara state where they were posted to for the one year mandatory NYSC scheme, when the bus they chartered from Osun state, was attacked and they were abducted.

“I just spoke with the Commissioner of Police now and he told me that all four have been rescued. I am thankful to the police for rescuing them. The kidnappers called again around midnight and this time, someone who could speak English was on the other end. They said I have to bring N10m for my child to be release. But I did not pay anything and they have been rescued. I am thankful that the children are safe and they are being taken to NYSC in Katsina” the parent said