GX GOSSIP: Zaaki Reveals That Yahoo Boys, Ritualists & Drug Lords Are The Ones Investing In The Music Industry 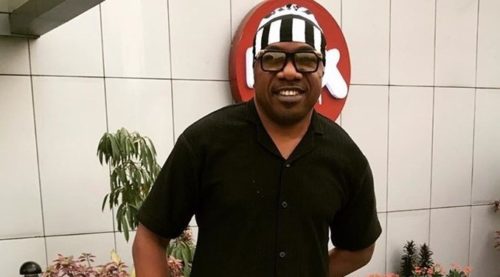 Nigerian veteran singer, Zaaki Azzay has shared his opinion on the current state of the Nigerian music industry.

In a recent interview, the singer famous for his 1996 hit song ‘Na Me Go Marry Am’ expressed his sadness in where the Nigerian music industry is headed at the moment. According to him, it’s no longer about making good music but spending money on promoting songs to make more money.
He added that those involved in selling drugs, blood money and internet fraud are the ones investing in the Nigerian music industry now. Zaaki further explained that most singers are into such business and are merely using music to cover their dirty deeds.
In his words: Right now, it is not about getting a good song, or whether your video is good or your song is nice. It is not about that anymore it’s about how much money you can spend to promote a song. Most of the people who have this type of money are into ‘Yahoo’ or blood money. That is the major challenge of the music industry right now. There are a lot of artistes who are making it genuinely, but that is still the major problem.
”I think they are very talented and they are good. However, some of them lack good content in their music and have nothing meaningful in their lyrics. Musicians are actually meant to be good ambassadors.
There is a lot that has gone into music. There are lots of people who are not really musicians. People who are not really talented come into music and bring money from drugs or ‘blood money’ put it into music and make noise everywhere.
Not many know these musicians are actually using music to cover up for their drug businesses. That is the major issue for us because those who are consuming the music might not know that and it kind of makes it difficult for talented musicians who are supposed to be heard and (are) not heard because they cannot afford to promote their music.”

By GbeduXclusive Admin
Tags GX Gossip, Ritualists & Drug Lords Are The Ones Investing In The Music Industry, Zaaki Reveals That Yahoo Boys