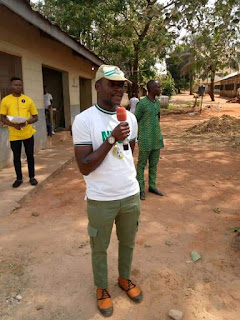 A five-bedroom bungalow constructed by a National Youth Service Corps, NYSC Batch A Corps’ Member, Mr Boniface David Akpa, has been inaugurated for use in Awka, Anambra state.

The bungalow which is at the premises of Saint John of God Secondary School, Awka, was inaugurated by the State co-ordinator of the NYSC, Mr Kehinde Aremu.

While Inaugurating the facility, Mr Kehinde described it as worthy of emulation, that a serving corps member from Edo State should commit himself to a community project of such magnitude, considering the monthly allowances of Corps Members in the country.

He however charged other Corps Members across the country to always feel at home in their places of primary assignment and strive to leave indelible legacies.

The Manager of Saint John of God Secondary School Awka, Reverend Father Chigozie Jidera, commended the Corps Member, for his doggedness saying that he has written his name in gold.

Earlier in his remarks Mr Joseph Nwabueze, Senior Special Assistant to Governor Willie Obiano on Transport called on other corps members to emulate Mr Akpa and commit themselves to community development projects.

The Corps Member Mr Boniface Akpa, on his part, appreciate all who assisted him to execute the project, said he was moved by the constant accommodation challenges Corps Members face in the course of their assignment.

He appealed to Anambra government to see ways of ameliorating the constant accommodation challenges Corps Members face while serving in the State.

Boniface Akpa is from Ankpa Local Government Area of Kogi State and a service Corps Member in Anambra State. 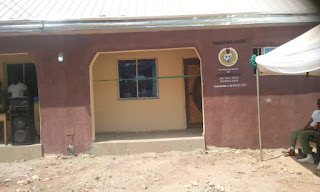