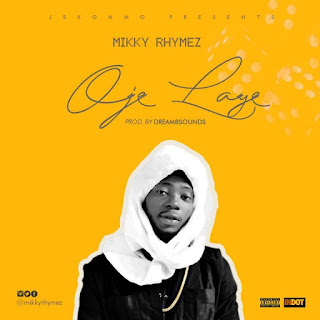 MIKKYRHYMEZ IS ONE OF THE FAST RAISING LAGOS ISLAND CREW CALLED JEKONMO UNITED
growth in the Nigeria music scene has been tremendous and overwhelming, following the release of his last hit single titled cubban which received various positive reviews from family and friends.
His fans and music lovers can’t help but want more which made him to throw a new one to them titled OJE LAYE which is FOR everyone out Dre to take causion in life .i hope you enjoy this scope of lyf music from the ‘’CUBBAN’’ crooner @MIKKYRHYMEZ himself.
Download and Enjoy!!!