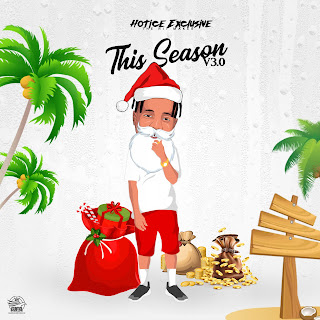 Hotice Exclusive comes through once again with another sensational track to all his music fans in this month of December which he entitled “This Season“.  Still basking on the success of his previously released track “The Industry”, which his still topping the trending chart and earning much airplay. The Hit Maker who has been enjoying fan’s love and a good number of streams since his hit song ‘The Industry‘continue with the success.
Xmas is here already and this is indeed a good way to wrap up a successful year; This Season is a song specially composed by Hotice Exclusive with so much wishes for his fans and supporters.