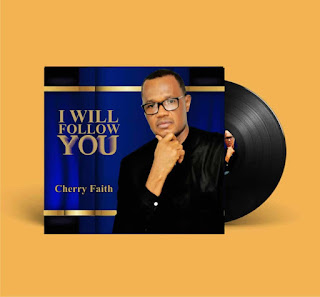 This is it!! A new and powerful song titled “I WILL FOLLOW YOU” by theartist, Cherry Faith - Arize Nwobu.Cherry Faith is an exposed modern day pop singer whose genre of musicconnects both the New and Old school who has recorded songs in the USA andplayed clubs.He had also been a Radio presenter who anchored a musical programme knownas ” Bagauda Lake” Safari for the then Kano State Broadcasting Service (KSBS).He is now also an ordained Minister of Christ, Chartered Stockbroker andMedia Advocate. It’s been a long while since the Nigerian music industryhad sounds like this.