GX GOSSIP: What a Christmas Gift as Gedoni Engage Khafi 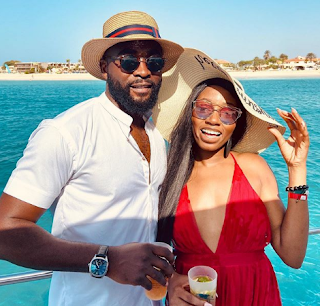 BBNaija Season 4 Ex housemates Gedoni and Khafi are engaged. Gedoni surprised Khafi with a Christmas gift of marriage proposal.
Khafi took to her Instagram page in the early hours of Thursday, December 26 to announce that she has said yes to Gedoni’s as he proposed with a ring on her finger.
The ex BBNaija housemate, Khafi tags the surprise engagement as “the best Christmas gift ever.”

Although Gedoni has not posted anything concerning his engagement with Khafi yet, it is confirmed via Khafi’s Instagram page that they are both engaged and will be getting married soon.
We are expecting yet another BBNaija marriage and we totally love it, congratulations to Gedoni and Khafi.