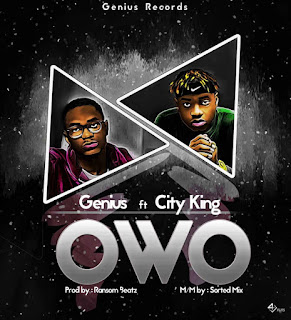 David Iloka born on the 20th december 1993 known in the music world as genius is a Nigerian singer, rapper, performer, songwriter and a very talented vocalist
.Genius is a native of Oji River local government area in Enugu state . He was born in Lagos state and did his secondary school at Rybeka model college olodi apapa Lagos and later proceeded to unizik Anambra state where he got his diploma . Genius started singing at a very young age but decided to go public and officially kicked off his music career 3 years ago .. he has released singles in the past but not widely publicized .. genius is currently signed to his label Genius records and also released his debut single OWO which he featured Erokam Empire act City king ..the banger is produced by Ransom beatz and m/m by sorted mix .