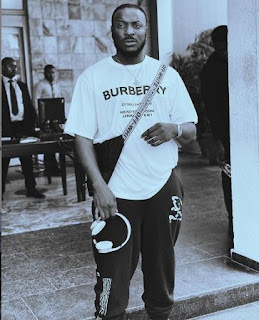 Golden Boy Entertainments Limited have finally released a caveat to the public, warning them from having any dealings with DMW star, Peruzzi.

The label have revealed that all Peruzzi’s songs, written contents, belong to the label as the talented singer is still under contract with them (a contract that was signed on the 18th of November, 2016 according to the caveat released).
You would recall we brought you news about this issue that looks like a ticking time-bomb last week. But this time around, we provide you with the caveat sent to the public by the record label.
See post below: