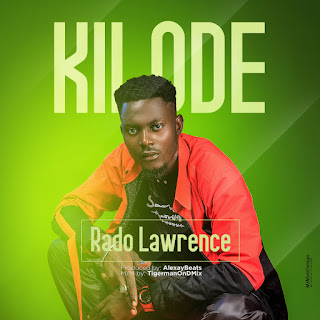 Started music professionally 2014, released first ever mixtape titled: *MY FIRST TIME OUT [MyF.T.O] ,The Pre- introductory MixTape Album
and as well has two official singles released in 2017 Gorimakpa and Temilade

#Kilode (In Yoruba language, means What? Or what is it?) is a jam aimed at tackling common public issues, that makes people ponder or wonder about their happenings with some rhetorical questions (questions that doesn't necessarily demand answers) like how, why, what?

Get connected to Rado Lawrence on Instagram/Twitter: @radolawrence [Twitter] @lilradolawrence