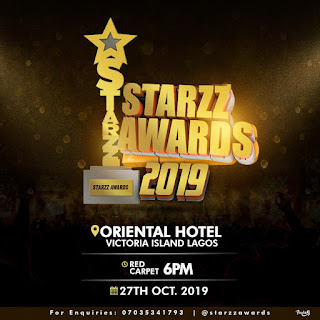 Organizers of the annual Starzz Awards have given insights into the personalities to be honoured come Sunday, October 27, 2019 at the annual award ceremony which plays host to Africa’s Most Influential and Upwardly Mobile Personalities from The Media, Entertainment, Fashion, Governance, Business, and Diplomatic Corp.

Notable amongst the honorees this year are the Founder/CEO of Innoson Vehicles, Innocent Chukwuma, the Presidential Candidate of National Interest Party (NIP), Barr Mrs Eunice Atuejide, African Women Leaders Organization (AWLO)  Founder, Dr Elisha Attai and many others who have distinguished themselves in their respective fields of endeavours and also affected humanity positively.

The award ceremony has fast become established as one of the biggest gatherings of influential and global achievers of the continent in Africa's commercial capital - Lagos.

The 2019 award ceremony holds on Sunday, October 27, 2019 at the luxurious Lagos Oriental Hotel, it will feature speeches, pageant and performances by award winning artistes, enjoying a live televised broadcast on Galaxy Tv channels on DStv 258 and GOtv 99 followed by publications on social and print media.