A+ A-
Print Email
We put the disc jockeys and turn table rockers in the spot light for their importance and contribution to music and the entertainment industry.

The countdown is a sort of check and balance, it is recognition for outstanding performance and encouragement to do more. Not forgetting that there maybe some disc jockeys doing well in the underground or in the diaspora.
Do well to let's us know them.

For now, meet the top 10 most trending Dee Jays in Akwa Ibom State;

Big Scratcher as a name seems more popular than the man himself. His mixes went viral across the south-south at some point.

Veteran DJ Big Noise makes the list for his creativity and diversity. Those who know him know he loves hip hop and banging sounds to the moon and back. DJ Big Noise ventured into equipment sales and rentals in the heart of Uyo. He plays occasionally or just for fun.

Female DJ Jemmy holds down the number 8 spot. She is not new in the business of spinning wheels, her career has received a boost in recent time and she is in-house DJ at Emerald Lounge.

DJ Equalizer entered the industry with so much energy and he has sustained the tempo over the years.
He plays for UniUyo FM and currently has a new collaboration with budding rappers, Make and Ziben trending on radio stations in the state.

DJ Lazer claims the 7th spot for his consistency. Following a rebrand and name change, he joined the Comfort FM Family as in-house DJ and is in-house Disc Jockey at WattBridge lounge.
He is currently promoting his new mix titled URBAN PLAYLIST ( Go cop it)

DJ Brightstar is undoubtedly the youngest Disc Jockey in Akwa Ibom State. Since his arrival into the scene, the new kid on the block has risen to his faith of greatness and is currently flying the Akwa Ibom flag beyond the shores of the state. He is signed on Asteroid Bassey's Space Entertainment A&R and just concluded a regional tour as official DJ for MC Galaxy.

CEO of Spinmatics Entertainment, DJ Spindeeds has remained on top of the list of DJs in the state, this is not an easy task for an entertainer who plays in the 'biggest' club in Uyo and is also pursuing a degree at the University of Uyo.
His years of experience earned him the jersey at Play Terrace, after his stint with Atlantic FM, while his outfit produced the likes of DJ Equalizer and DJ Brightstar.
Spindeeds is currently the mix master at Emerald Lounge. 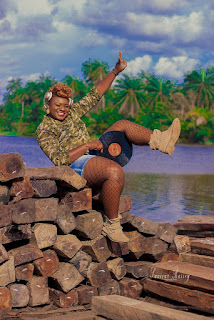 DJ Ritzy is already a household name in the state. She is the first female DJ with the sauce and swag high enough to play the biggest events at home and abroad, both for government and corporate bodies.
The thespian has won multiple awards and hearts with her craft. She is in-house DJ of Greenwich Club at Ibom Hotel & Golf Resort and the all-new Hangout Sports Bar. 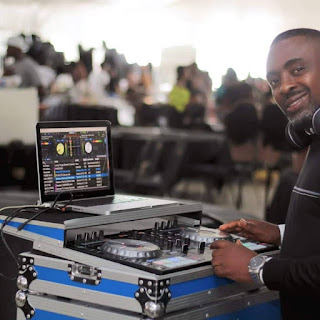 Where ever you here the signature, 'That guy is a bahd guy' , you know of course that is DJ Pee Jay, the man behind the many mixes that rocked this part of the country about a decade ago.
Many say the Economics graduate changed the game down south by redefining what it means to be a DJ and make a living from it.
He recently got married to his hearthrob at a star-studded wedding in Uyo. 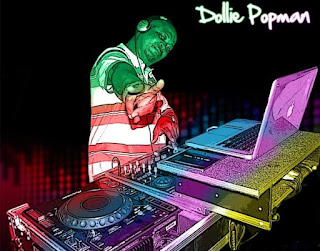 The number one spot is held down by the veteran himself. Close followers of the industry already know the rich profile of DJ Dollie Popman 'who holds the no 1 spot for being active even after over 20 years'.

Fortunately and Unfortunately, DJ Dollie Popman has since been busy serving the state government as Special Assistant to Governor on Protocol. Yet, he finds time to spin the wheels of steel for fun or for friends.