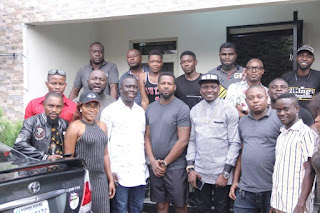 The immediate past commissioner for Culture & Tourism in Cross River State, Mr Eric Anderson has called on entertainers in Akwa Ibom and Cross River States to continue the collaboration to ensure unity and a vibrant industry for the region. 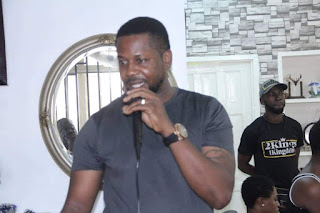 The thespian made the call at his abode on Monday, June 10, 2019, when he played host to a delegation of Akwa Ibom entertainers, led by the immediate past Special Assistant to Akwa Ibom State Governor on Entertainment Industry, Mr David Sergeant ( Utang Akwa Ibom ). 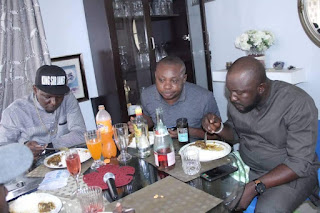 The delegation stormed Calabar for the 2 KINGS 1 KINGDOM CONCERT as part of the tour with highlife maestro, Sir Wilker Jackson and Comedy icon, Sir James.

Mr Anderson in his remark stated that it was imminent to stir up some sort of friendly comparison of the industry in both states, to ensure that the talents and practitioners give in their best to the profession that serves as a source of livelihood for many youths and families.

He praised Sir James and Sir Wilker for a good outing with the concert in Calabar and commended Utang Akwa Ibom and Effiom Trombone for being the bridge that links both states entertainment wise.

The former commissioner's wife, Mrs Mbang Anderson ensured that the brief encounter was spiced with a lot to eat and drink, as the team bid Calabar farewell with an amazing experience.