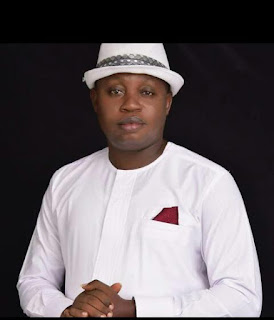 The need to position entertainment as Cross River's crude oil has become pertinent owing to the tourism potentials that abound and the decline in global oil price, which inspired the 'Intellectual Money ' concept of the re-elected Governor of Cross River State, Senator Professor Ben Ayade.

The Entertainment Industry which largely deals with performing artistes is also used by multinational companies, local companies, groups, organisations and individuals in promoting and  advertising their goods and services, investing huge sum of money in the process.

Nigeria’s entertainment and media industry revenue witnessed a 25.5 per cent growth. This amounted to $3.8 billion with $605 million of the estimated $764 million rise said to be attributable to internet access. This is according to a recent report by PricewaterhouseCoopers Nigeria.

Nollywood, which is currently the third largest in the world after Hollywood and Bollywood, has internet access revenue accounting for 89.6 per cent of this absolute growth.

The PwC report also said that a 21.5 percent compounded annual growth rate (CAGR) is anticipated to 2022, with revenue reaching US$9.9 billion in that year.

Nigerian movies have topped at the cinemas for the past months despite the presence of foreign blockbusters. The box office kings who smiled to the bank in 2018 are Merry Men (N230 million), King of Boys (N100 million), The Ghost and the Tout (N80 million), Moms at War (N65 million) and Royal Hibiscus Hotel (N59 million)

The Industry is capable of providing jobs and income to citizens of Cross River state, considering its huge tourism potentials and natural endowments.

In music, the Nigerian music sector experienced a boom, partly because Nigerians are already consuming more video on mobile devices, than on television. Nigerian musicians also make more money performing and hosting live gigs, brand endorsements, ring back tones, mobile streaming and music licensing. They have also made their way into the international music scene collaborating with some of the biggest names in the business.

Ours is a case of being by the river yet we have soap in our eyes. Most of these money generating activities happen within and around us, often without set out regulations and guidelines, hereby costing the state loss of huge revenue.

Multinationals host concerts and bring in national and established artistes from Lagos for performance, incurring high capital flight, instead of empowering local artistes whose resources will have a ripple effect in the economy of the state.

This calls for proper regulations, show promoters have hidden in the pretence of the gains of the industry, to organize scam pageant shows, promise cars and cash and disappear after their shows without fulfilling their promises.

One is left with no choice than to be hopeful, that the second term of President Mohammadu Buhari and Governor Ben Ayade of Cross River State will set policies and structures to yield bountiful gains for the creative sector.

Source: Effiom 'Trombone' Bassey is a musician and Publisher of Open Secret Newsmagazine, he writes from Calabar.
Twitter - @eyencalabar 08066343778