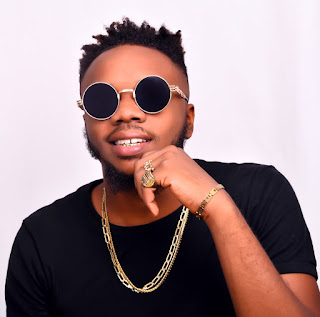 ZATO MUSIC or ZATO as he’s mostly called (born 26th February) is an independent hip hop/afro urban artiste who journeyed into music in the 90’s as a kid listening to the likes of Biggie, 2Pac and sourced his drive for making songs from greats such as Fela Kuti, Jay Z and Eminem.
ZATO blesses our speakers as he announces the release of his 5-track studio album titled “ZATO VIBEZZ”.
After the release of his two smashing singles tagged 'COUNT DOUGH'music act ZATO who is a formidable young Afro-pop artist, has been working effortlessly to feed his buzzing fans with a deserving sound.

Produced by Afolabi Oluwo and Jay D Ripper, ZATO VIBEZZ incorporates a blend of AfroBeats, Hip hop, RnB and shows the depth of ZATO's versatility from fast pace rapping to slow melodic ballads.
With topics ranging from love, family, the struggles of the social media era to money and youthful exuberance,'ZATO VIBEZZ' gives us an insight into the restless mind of ZATO.
The studio album is available for download & streaming worldwide.

There has been no response to "MUSIC: ZATO - Zato Vibezz [EP] | @zatomusic"