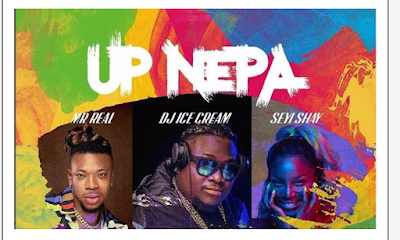 OJO KOLADE JAMES Popularly Known as DJ Ice Cream hail from Ise-Ekiti- Ekiti state of west Africa Nigeria. He Started his career in 2006 before he moved to china in 2011, And is presently based in Guangzhou city of china as an international Dj, who has been involved in many artists show trip, visits to china such as, Sisqo, Craig David, oritsefemi, kiss Daniel, Terry G, and Soulja boyz.


DJ Ice Cream has worked as a Dj in big cities in China like Beijing, shenyang, shanghai, jinzhou, Wuhan, Shenzhen and Dongguan just to mention a few He developed the love for music growing up listening to different types of songs from blues, soul to Fuji, jazz and indigenous genres, electro music, house music, country music, funk, R&B, pop, disco and hip pop.

Djicecream has joined the trend of other top Dj's worldwide coming out with their own songs as he comes out with another song tilted " UP NEPA “ featured Mr Real ( Legbegbe ) and Seyi Shay ( Mama go getta )This Fire tune is produced by Finni Beatz, mixed by Suka Sounds and video was Directed by Lucas Ried

Connect with your favorite DJ Ice Cream on social media