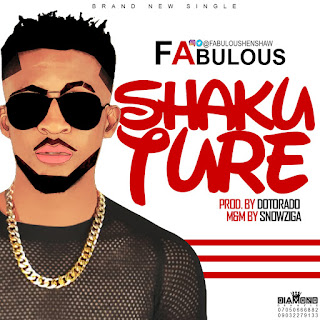 In the manner of hit makers, fast rising artiste, "FABULOUS " delivers with a catchy melody and moving Crazy words on his latest single titled ‘ SHAKU TURE

On this pop single, he groves the beat with that his shaku shaku zombie Level and to the tale of travail and triumph, voicing out his innermost Dance hall lyrics and aspirations in between melodies.

‘Fabulous’ has the potential of a hit single as we are all aware, and it has started to enjoy massive airplay on major radio stations across the country..