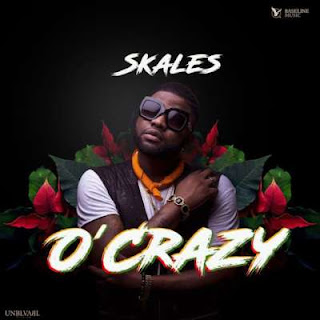 Skales looks to flip the page of his music calendar with the release of a new song titled O’ Crazy.
Following the activities of the preceding year in which he released his album titled ‘Never Say Never Guy’ and the surrounding happenings, Skales rolls in a new tune to the delight of his enduring fans who would be looking for the perfect love mood to enjoy the offering of their favorite music star.
The subject of Skales’ new release is love and he sings out his thoughts, his affection and desires sketchily to the love of his life, telling her his love for her is crazy. He pronounces his love so freely and repetitively on the Chopstix produced beat, such that it is impossible for her to feign ignorance.