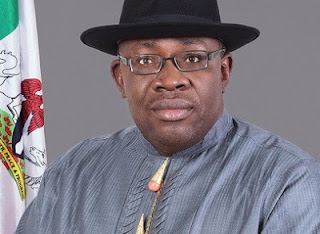 Four teenage gunmen suspected to be members of a cult group, on Friday attacked the Community Secondary School, Biogbolo, in Yenagoa Local Government Area of Bayelsa State.
The teenage gunmen, who brandished assault rifles, caused pandemonium in the school as confused students and staff of the school scampered for safety.
The invasion of the school, however, came a few hours after the state government, through the Ministry of Education, expelled seven pupils over their alleged membership of a cult group. The government expressed the sad existence of cult activities in some schools in the state.
It was gathered on Saturday that the invasion of the CSS, owned by Biogbolo and Yenezue-Epie communities, threw the communities into chaos as the four-member cult gang, armed with assault rifles, scaled the fence and threatened to kill some pupils.
The convener of a non-governmental organisation, Patriotism Advancement and Community Orientation Network, Aluzu Augustine, who was at the school during the invasion, said the teenagers in possession of the assault rifles were between ages 17 and 19. Augustine said,
“At about 12pm, I was in the school to submit our letter of intent on the planned anti-cultism campaign in schools and a teacher was putting me through on how to address the letter because the school is owned by two communities.
“We saw four teenage boys scale the fence of the school and some of them were holding assault rifles. They went straight for a boy and were shouting on him and threatening to kill him. Everyone, including students and staff, scampered for safety.
A few minutes later, some detachment of the state-owned security outfit, Operation Doo Akpo, arrived the school and the boys escaped through the same way they came in. It was terrible development.”
By Lumifiednaija Admin
Tags GX News