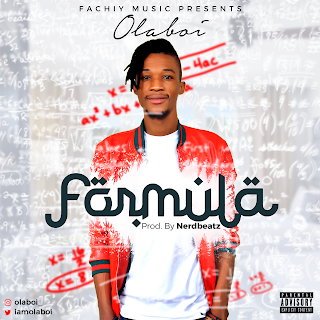 Olaboi is a Nigerian recording artist, singer and songwriter currently studying Chemistry at the University of Lagos. He became active in year 2012, he got Top Naija Music Award 2017 as the best Afro pop artiste with his song titled Keregbe. He has officially dished out another dope song titled FORMULA.
Formula is a love song basically written to encourage plus size ladies to be confident and to tell them how beautiful the are.

The video was shot in Lagos, directed by Tahwahkilah, produced by Nerdbeatz.